Max will take the audience on an illustrated talk through his television career which began 53 years ago, He will emphasise the roll Science and the Natural World has played in his working life and describe how he has attempted to
portray complex science issues to a television audience.

Max Quinn has been involved in television production for over 50 years. He cut his professional
teeth as a cine cameraman for the NZBC in news, current affairs, and documentaries. He then went
on to become a prolific Director of Photography on many early New Zealand TV drama productions
before moving into TV production as a director and producer of children’s programmes.

In 1987 he fulfilled a lifelong passion for the natural world by joining TVNZ’s Natural History Unit in
Dunedin where he produced the science magazine series Fast Forward. Since then he has filmed in
many of the world’s wildlife hot-spots for broadcasters such as National Geographic, Discovery
Channel, The Smithsonian Channel and TVNZ. In 1991 Max wintered over in Antarctica for 11
months to film a pioneering documentary on the Emperor Penguin. He went on to film, direct and
produce many natural history documentaries including at least 14 based around the Polar Regions
where he has experienced first hand, the effects of climate change on these fragile environments. In
recent years Max has worked extensively in Mexico, the USA, Taiwan and China, including Tibet, and
most recently in Brazil where he encountered many of South America’s iconic animals.

He has now written a best selling book on his polar filming experiences. A LIFE OF EXTREMES: The
Life and Times of a Polar Filmmaker and is still working as a free lancer in the TV business. 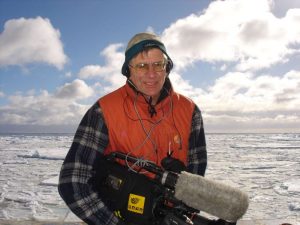