Election to the status of Companion of the Royal Society of New Zealand (CRSNZ) is an honour that has been bestowed on a small number of New Zealanders who have made outstanding contributions to the promotion and advancement in New Zealand of science, technology or the humanities.  This distinction was first recognized in the Act of Parliament under which the Society operates in 1997.  In the past 20 years 43 eminent New Zealanders have been elected as Companions (https://royalsociety.org.nz/who-we-are/our-people/our-companions/view-our-companions/).

Mr John Darby’s nomination for Companionship was considered by the Society’s Academy Executive in April 2017 and endorsed by Council in June.  The nomination statement placed considerable emphasis on John’s ability to inspire an interest in science amongst people of all ages, especially young people.  This skill is clearly evident to residents of Wanaka where he played a major role in establishing the ninth branch of the Royal Society Te Apārangi in 2013.  John is very well-known in Wanaka for his regular reports on the Southern Crested Grebe, a rare and threatened bird which is now being closely monitored thanks in large measure to John’s efforts.

John’s engagement with the Royal Society Te Apārangi goes back 50 years when he was a member of the Canterbury Branch and, as one of his nominators notes, he inspired many young children who attended the Canterbury Museum’s science club.  Many of his subsequent activities in the Otago region, where he was Branch President for a number of years, played a major role in influencing the next generation of young people to consider science as a career.  These included setting up the ‘Discovery World’ science centre and what is now called ‘Hands on Science’.

John’s research passion has been the yellow-eyed penguin.  In addition to the significant contributions he made to research on this species of penguin he was instrumentalin setting up the first yellow-eyed penguin reserve.  His nominators pointed out that his experience and tenacity has seen him becoming a founding Trustee for the Otago Natural History Trust, a member of the Yellow-eyed Penguin Trust and, most recently a Guardian of Lake Wanaka.

John has spent most of his adult life stimulating people’s interests in science.  His contribution to science education and communication has been enormous.  He demonstrates all the characteristics the Royal Society Te Apārangi is seeking to acknowledge in its Companions. 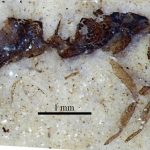