Otago is a region of few historical earthquakes, but with abundant evidence for major prehistoric earthquakes on the geologically active faults. The region’s distinctive Range and Basin topography is a consequence of long-term activity on these faults. Fault studies effectively began back in the days of “Think-Big” inspired hydroelectric power developments, and this was followed by intermittent research and consulting efforts over the years. Most recently, regional fault studies have been undertaken by GNS Science and NIWA, and fault- or area-specific studies have been undertaken by our Otago Earthquake Science Group. In this seminar I will provide an overview of our studies across central and east Otago, and also provide an overview of our “world-first” use of ancient fragile rock formations to inform earthquake hazard assessments. The work collectively addresses our main research goal, which is to understand earthquakes and hazard in low seismicity regions, and attempts to understand the potential for future Canterbury-style earthquake events in Otago.

Mark is a seismologist with a multidisciplinary background in geology and seismology. He is the inaugural Chair of Earthquake Science at the University of Otago, a position based in the Department of Geology. Prior to that was a Principal Scientist at GNS Science (1998-2015), leading the development of the last three versions of the national seismic hazard model for New Zealand during that time. His current research is largely focused on the earthquake geology, simulated earthquakes, and hazard of low seismicity regions like Otago. He lives in Dunedin with his family of Jane, Lewis and Toby, and enjoys DIY, motorcycling, golf, and playing the drums in his spare time. 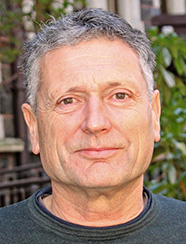 Active faults and earthquake hazard in Otago2021-07-232021-08-01https://royalsocietywanaka.org/wp-content/uploads/2017/04/rs-branch-brand_wanaka-800-dark.jpgRoyal Society Wanakahttps://royalsocietywanaka.org/wp-content/uploads/2017/04/rs-branch-brand_wanaka-800-dark.jpg200px200px
Copyright All Rights Reserved © 2015. | Privacy Policy | Website by Weka Web Design
We use cookies on our website to give you the most relevant experience by remembering your preferences and repeat visits. By clicking “Accept All”, you consent to the use of ALL the cookies. However, you may visit "Cookie Settings" to provide a controlled consent.
Cookie SettingsAccept All
Manage consent

This website uses cookies to improve your experience while you navigate through the website. Out of these, the cookies that are categorized as necessary are stored on your browser as they are essential for the working of basic functionalities of the website. We also use third-party cookies that help us analyze and understand how you use this website. These cookies will be stored in your browser only with your consent. You also have the option to opt-out of these cookies. But opting out of some of these cookies may affect your browsing experience.
Necessary Always Enabled
Necessary cookies are absolutely essential for the website to function properly. This category only includes cookies that ensures basic functionalities and security features of the website. These cookies do not store any personal information.
Non-necessary
Any cookies that may not be particularly necessary for the website to function and is used specifically to collect user personal data via analytics, ads, other embedded contents are termed as non-necessary cookies. It is mandatory to procure user consent prior to running these cookies on your website.
SAVE & ACCEPT
Aurora chasing around and above New ZealandPast Talks
Communicating Science Through FilmPast Talks